RsyncOSX is only depended upon Cocoa and Foundation classes which are standard Swift libraries. There are two ways to compile, either in Xcode or utilize make from command line in RsyncOSX catalog. To use make require Xcode command line utilities to be installed. Execute the following command and follow the instructions. 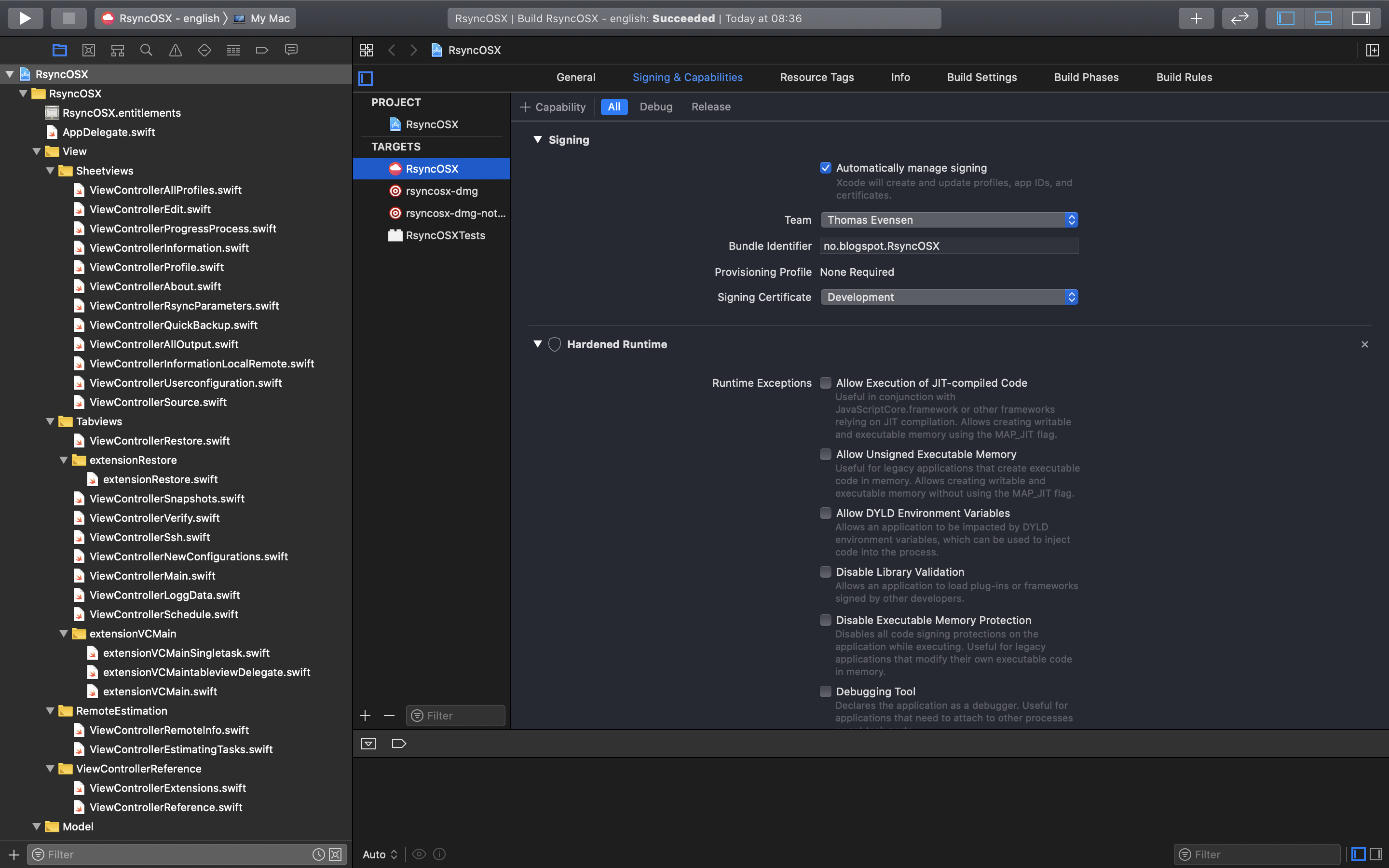 To remove select “Team: none” and “Signing Certificates: Sign to Run Locally”. 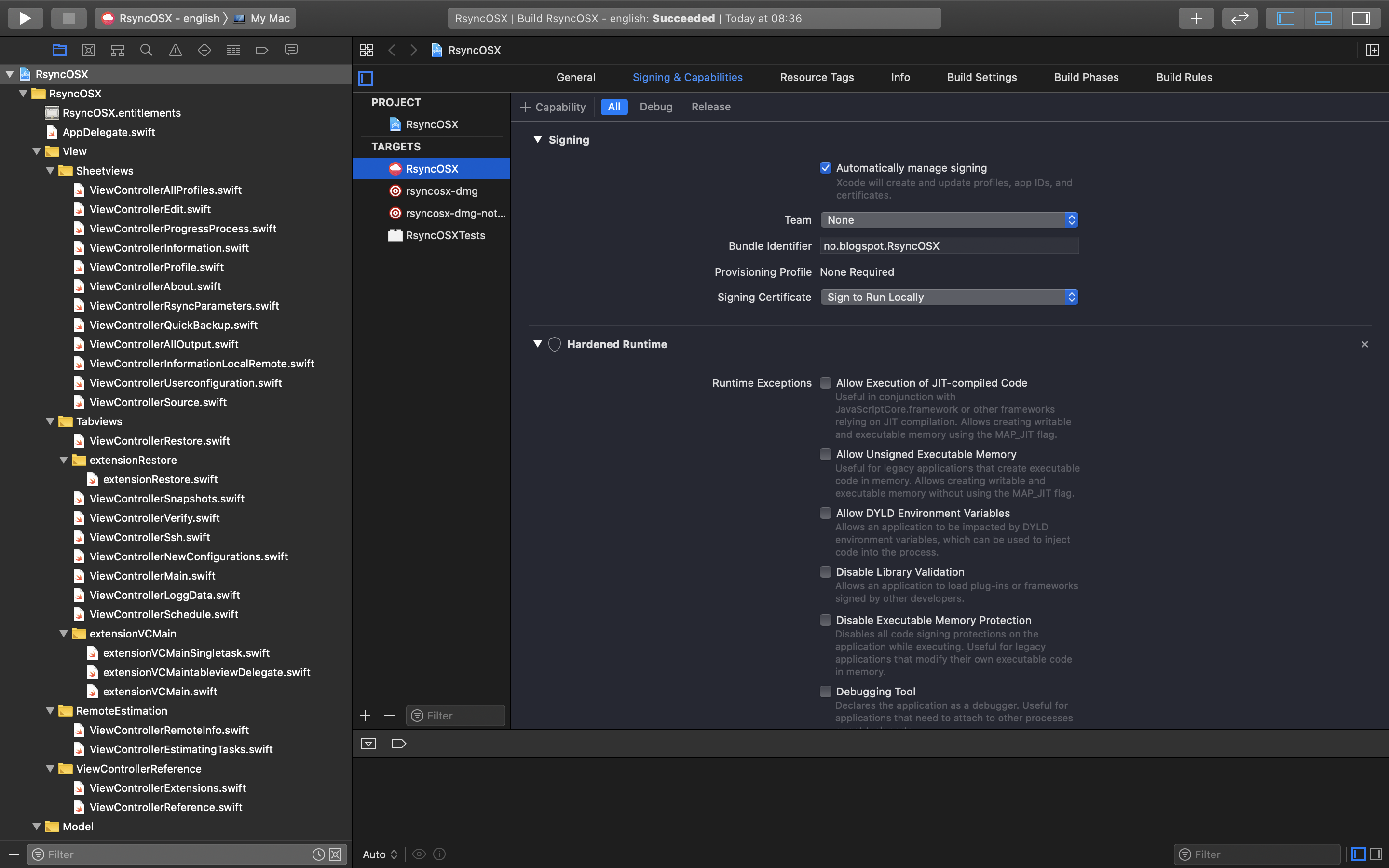 There are two utilities used, SwiftLint and SwiftFormat. Both can be removed, select tab “Build Phases” and delete the lines. Or you can use Homebrew to install both utilities. 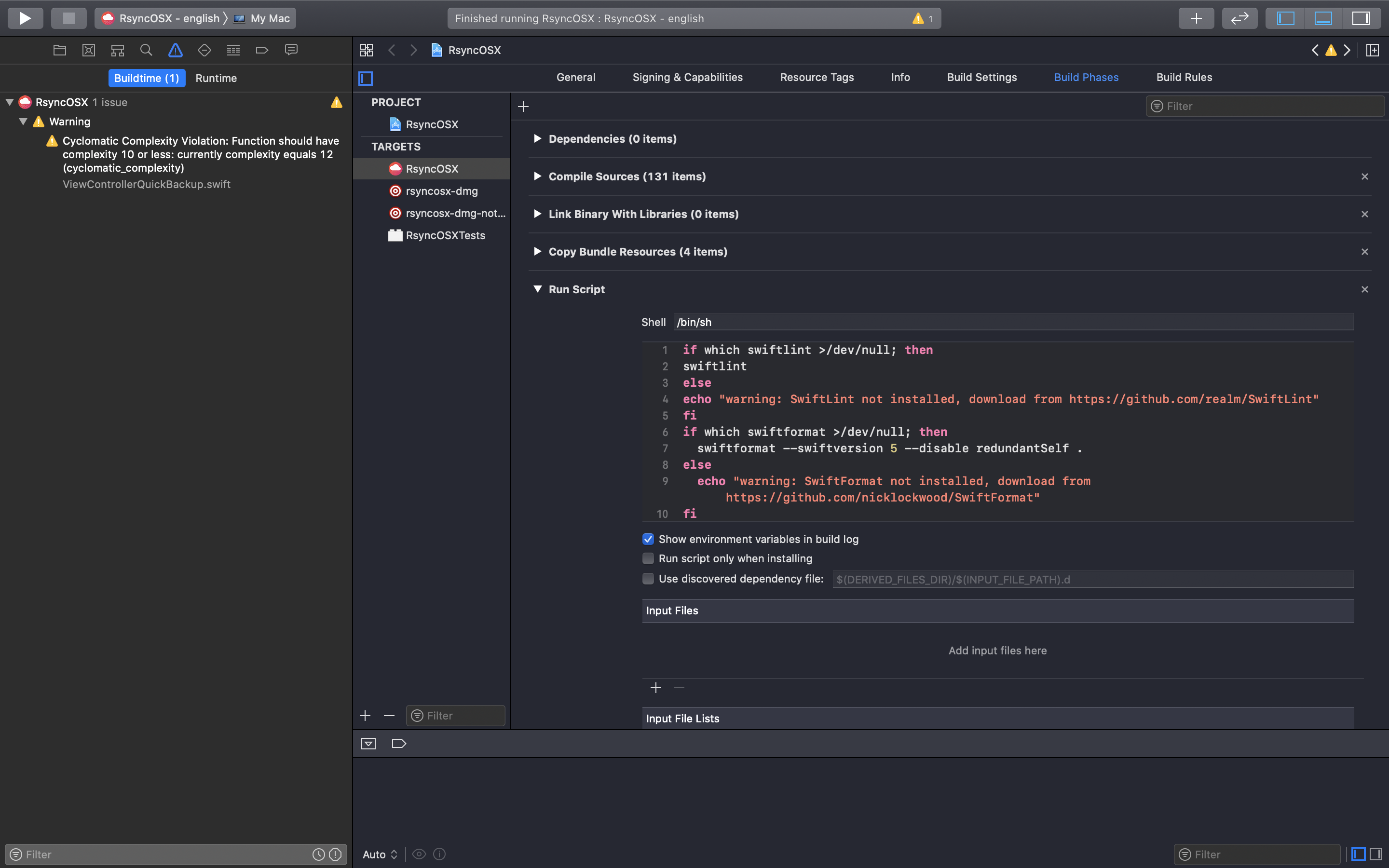 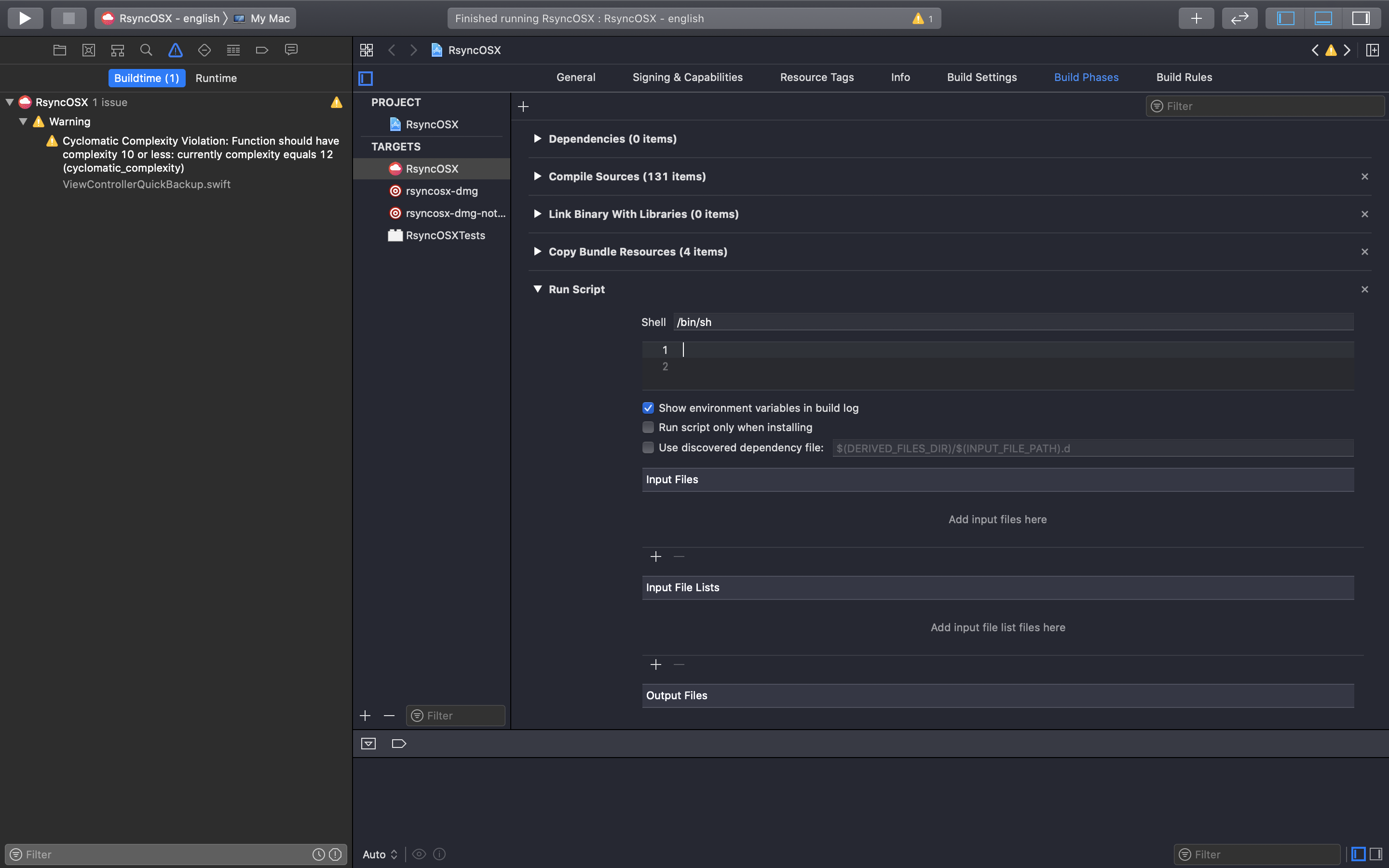 Either execute RsyncOSX directly in Xcode or utilize make. Go to the catalog top RsyncOSX and execute the following command.

After the compiling is completed the RsyncOSX.app is build and saved in:

The following tools are used in development:

All the above, except Xcode are installed by using Homebrew.