RsyncOSX utilizes user set ssh keypath and identityfile. The ssh parameter within the rsync command is if set by the user:

The prefix has to be ~ followed by a /. If not adding the prefix RsyncOSX will automatically add it for you. It is not required to be a . catalog. The check verify that the ssh keypath has the prefix ~ and at least two /.

The following ssh tools are used: ssh-keygen and ssh-copy-id. RsyncOSX only assist in setting up RSA based key.

The following is the command for creating a new, alternative private and public ssh key pair:

The following command copy the newly created public key to the server:

If you want RsyncOSX to assist in setting up please select the ssh tab, open Userconfig and add new ssh keypath and identityfile and ssh port number if other than 22. 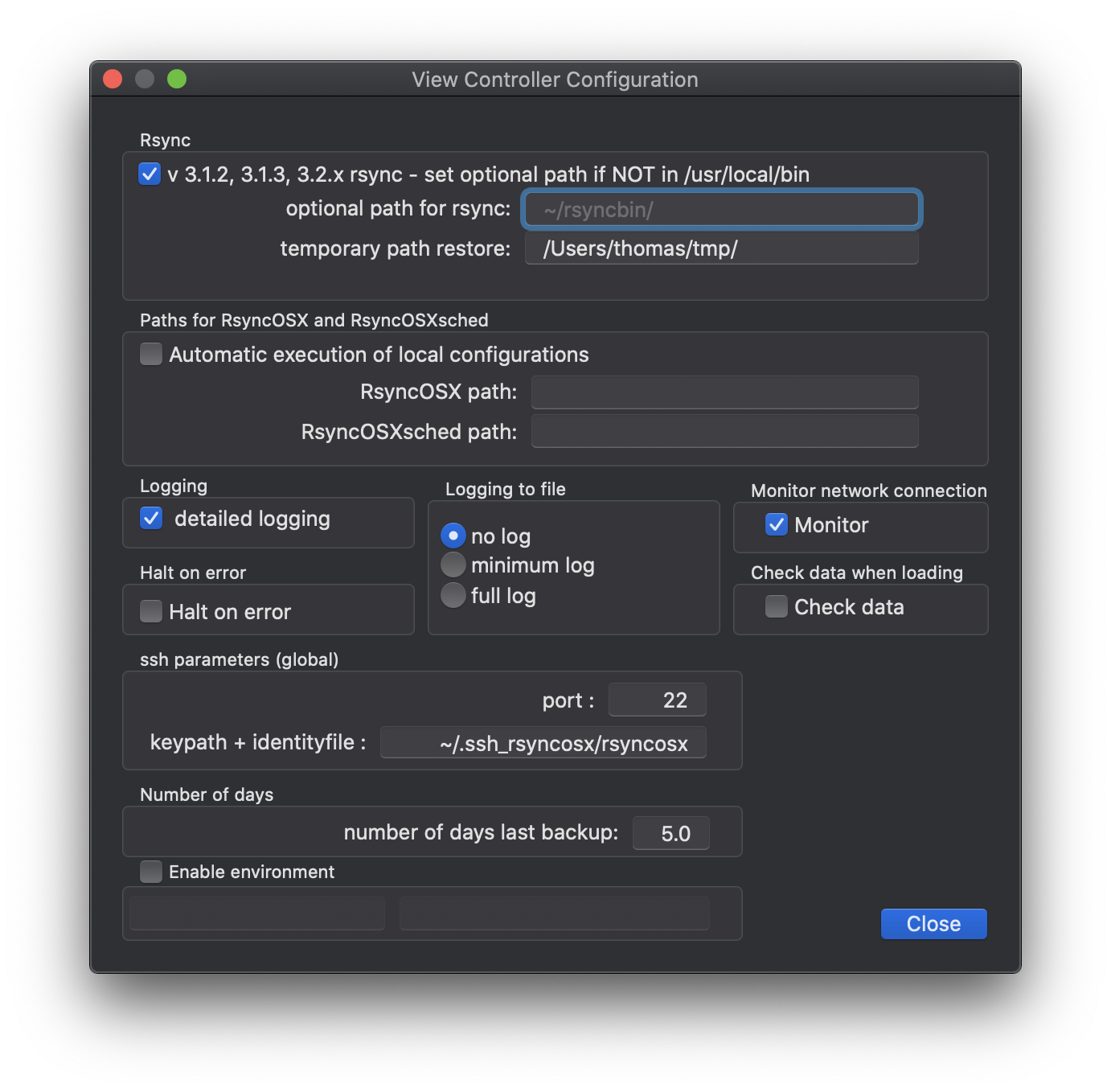 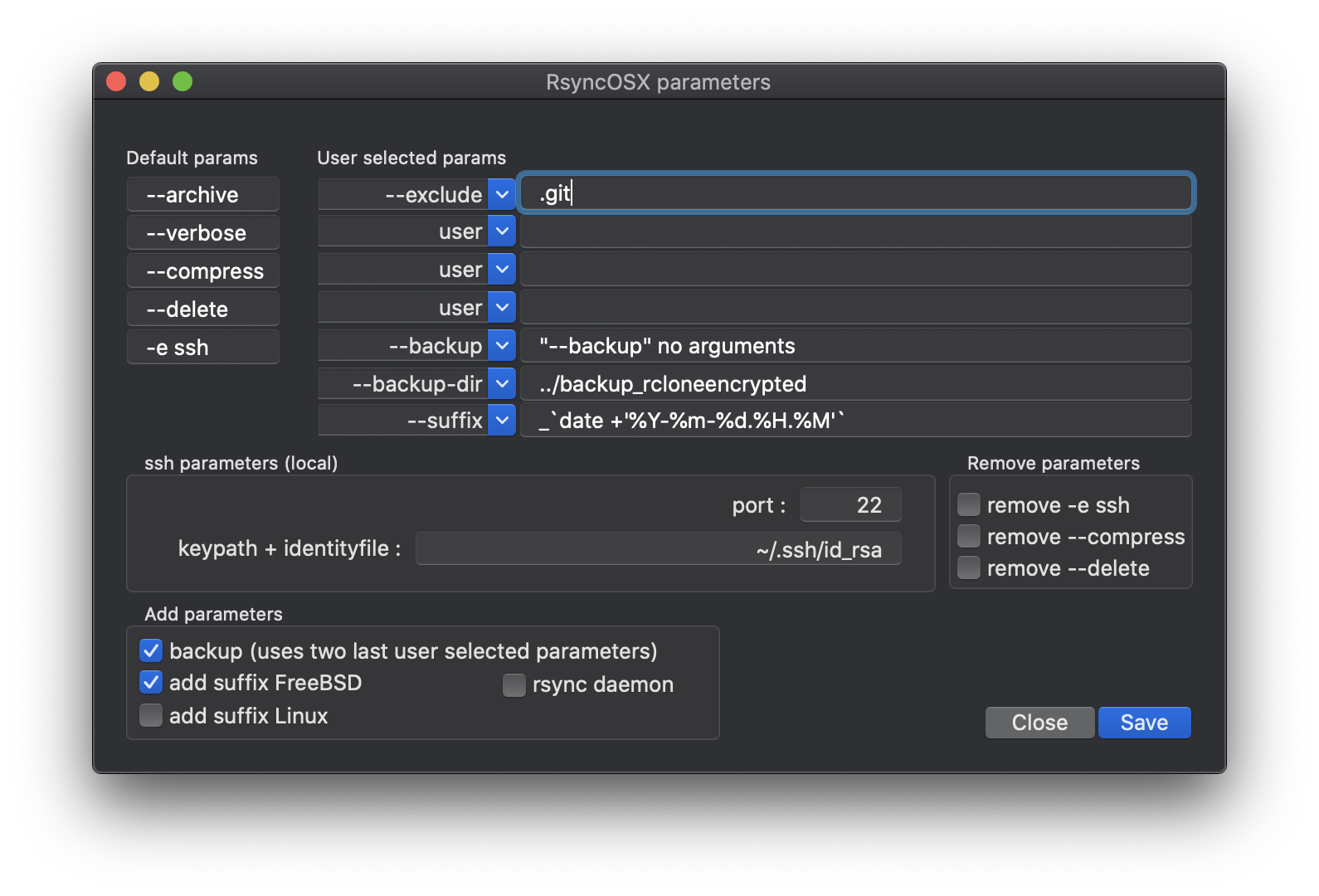 The user can also apply local ssh keypath and identityfile and ssh port, which rules the global settings, on each task.

Make sure that the new ssh catalog has the correct permissions. Open a terminal window and execute the following command.